The last map in this collection displays Cheshire County in the “turnpike era,” when good roads were being built all over New England. By 1816, the names and town outlines had evolved to where they are close to those of today. 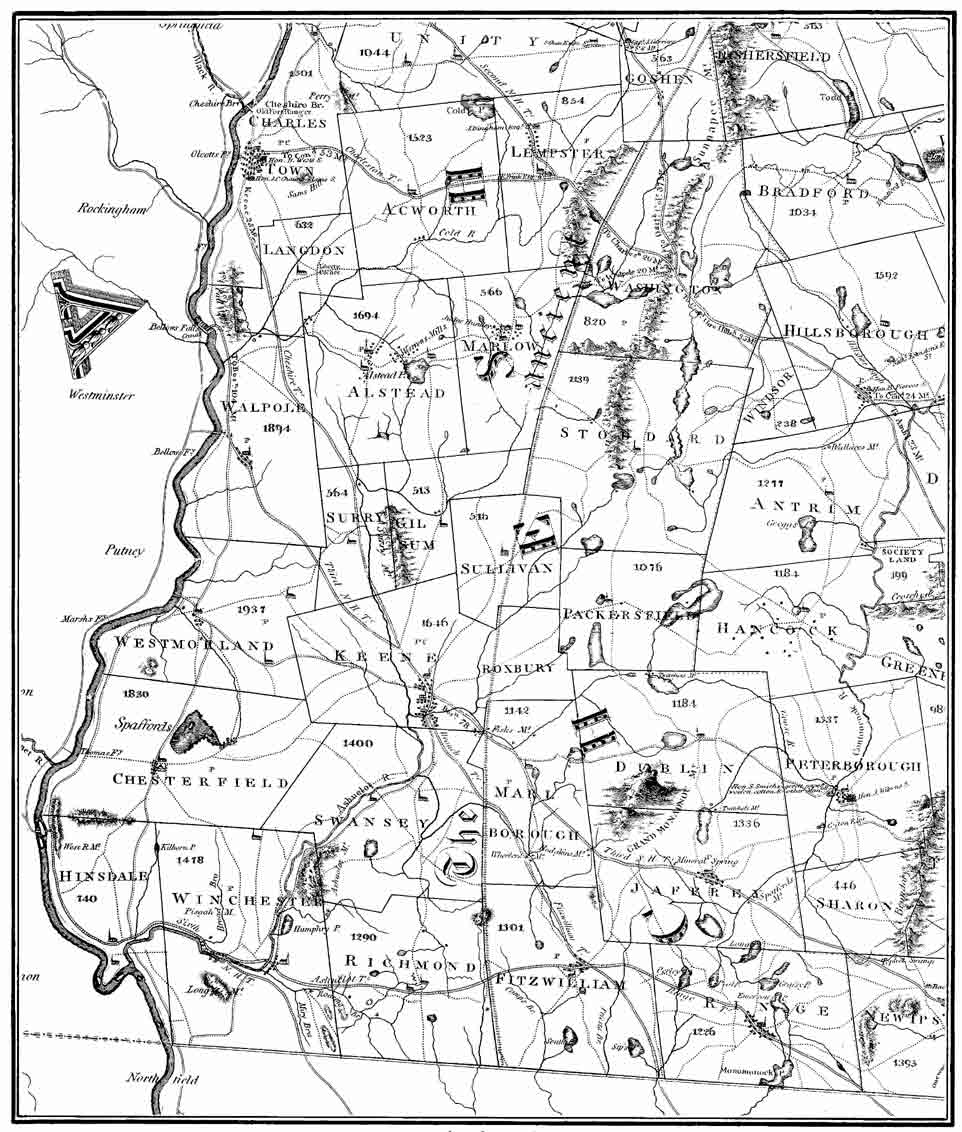 This map, like the previous ones, is a detail from a large map, Philip Carrigain’s “New Hampshire,” the first accurate map made after New Hampshire became a state. Carrigain was New Hampshire’s Secretary of State, and his map was based on mandated town surveys conducted in the early 1800s.

The map shows three grades of roads, each with different symbols. The key describes them as: turnpikes, principal roads, and roads. 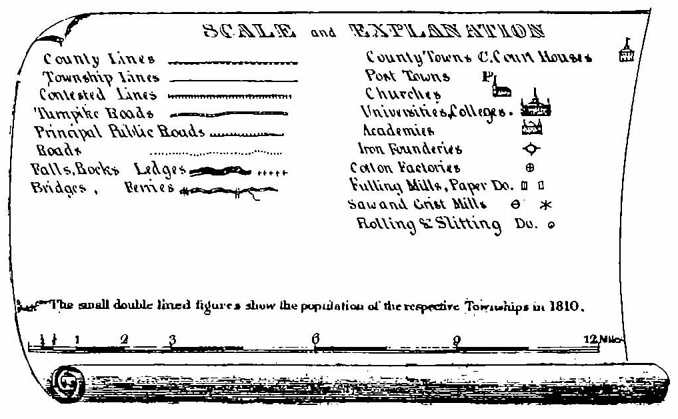 The turnpikes are the most interesting. They were privately-built toll roads whose relatively straight courses and superior roadbeds greatly improved travel and commerce. Eight are labeled on this map, six in Cheshire County.

The Third New Hampshire Turnpike originated at Walpole, and is seen here going through several Cheshire County towns on its way towards Boston.

The distance from Walpole to Boston, 104 miles, is shown on the map at Walpole.

The growing economy spawned not only turnpikes and roads, but also ferries, bridges, and even a canal along the Connecticut River. The canal was built so that freightboats could bypass Bellows Falls, a formidable obstacle to river transport.

The volume of information on this map is greater than on the earlier maps. Population figures are displayed for each town. Towns on postal routes are signified. Each town’s village center is depicted by a cluster of buildings. Note that in several villages there is more than one church, and that the engraver made each representation a bit different from the next.

The historic Masonian Patent Line, surveyed some sixty years earlier, is shown on the 1816 map. Its significance in determining several town boundaries is clearly visible here. On later maps, border adjustments obscure the historic arc. The line’s diminishing importance is shown by the creation of Sullivan and Roxbury without regard to the boundary of the old Masonian Patent.

Only three modern town names in Cheshire County are missing from the 1816 map. Nelson (Packersfield) assumed its modem name in 1814. A year later Troy was set off from the old town of Marlborough. The failure of the map to include these new names suggests that Carrigain’s map was in an advanced stage of preparation when the changes occurred. In 1870, the youngest of the Cheshire County towns, Harrisville, was formed from Nelson and Dublin.