Although dated 1784, this map actually depicts Cheshire County a decade earlier, on the eve of the American Revolution. The large map of New Hampshire from which it is drawn was prepared from surveys compiled in 1774. The mapmaker was Samuel Holland, British Surveyor General for the northern colonies. Holland left New Hampshire, with his notes, before the outbreak of hostilities. 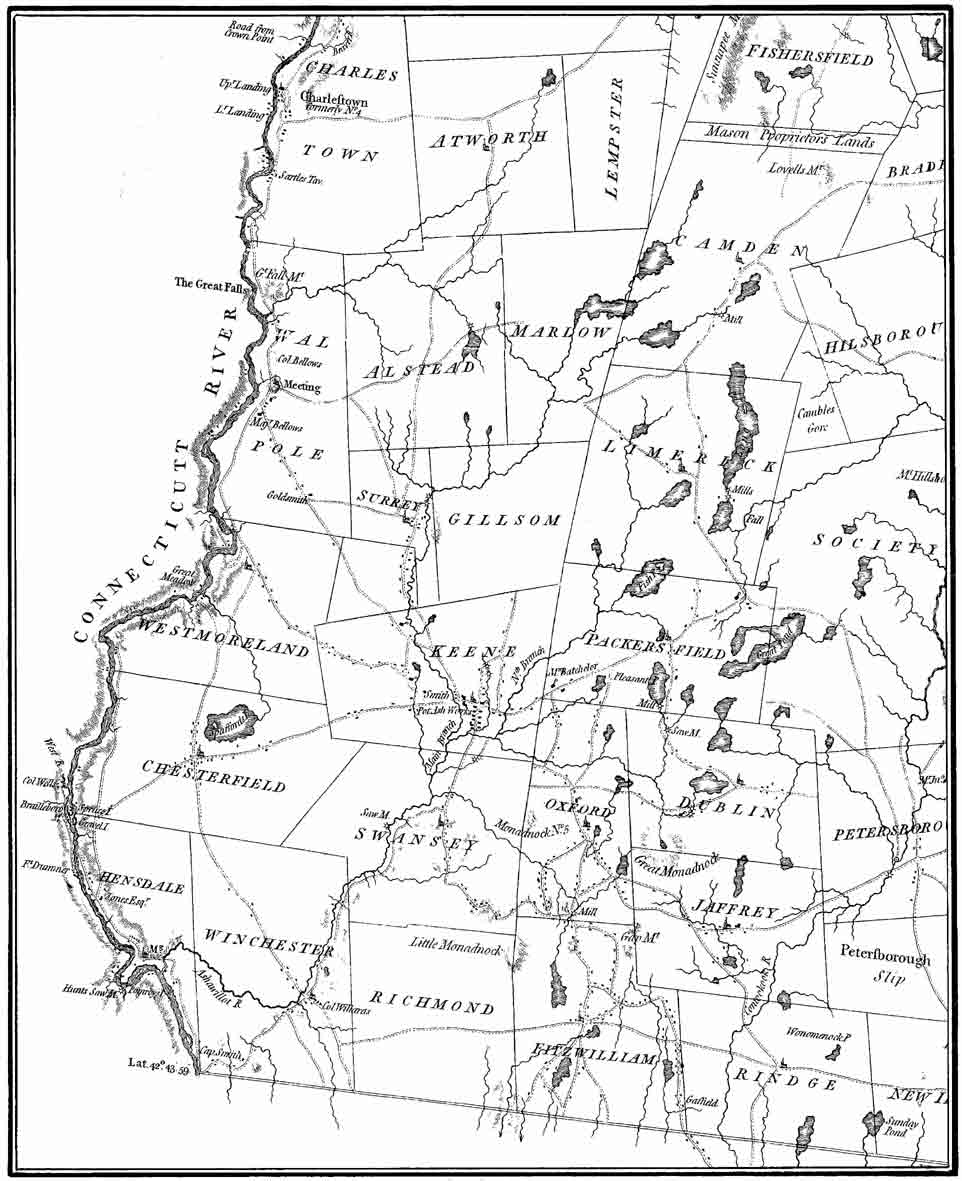 On the map, we see a remarkable amount of detail. Many cultural and geographical features are named, and town boundaries are accurately shown.

The depiction of house sites is unusual for such an early New Hampshire map. In some towns, the names of prominent individuals are supplied.

A new town, Surry, appears for the first time on this map. It was carved out of Gilsum and Westmoreland in 1769. Most of the towns have their modem names now, the exceptions being Limerick (Stoddard), Packersfield (Nelson and parts of Harrisville, Roxbury and Sullivan), and Oxford (Troy and Marlborough-the origin of the name Oxford is uncertain).

Although the symbols used on the map are not identified in a key, their meanings can be assumed. The black squares indicate dwellings, and the church symbols the central village of each town. The flagged squares probably represent schools. The waterwheel symbols identify mill sites. 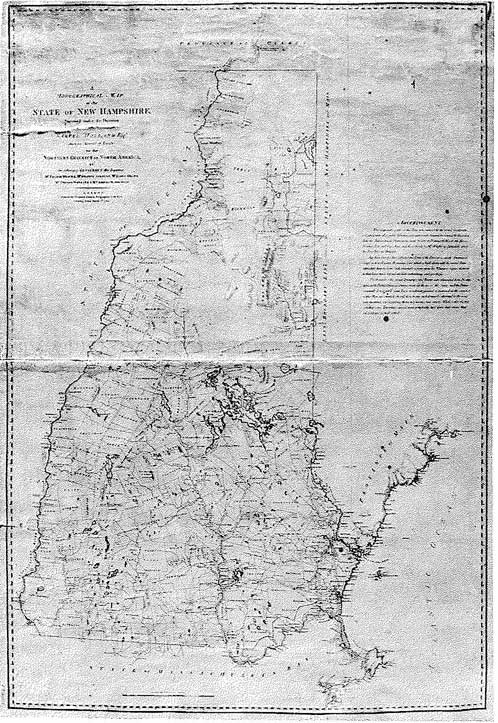 Several more roads appear on the 1784 map than on the previous one, but, strikingly, some towns lack any detail.

Note the absence of information for Richmond or Gilsum.The Holland map was a compilation, and the mapmaker probably had no working maps of these towns. This lack would explain the abrupt end of a Keene road at the Gilsum town line.

Imprinted on the original map is a disclaimer stating that the omissions must be attributed to “the necessary materials for describing them not having been sent in, which is also the reason that some Townships appear more completely laid out than others that are perhaps as well settled.”

There is a lesson in Samuel Holland’s candor; omission of information from a document does not mean that the information does not exist. These shortcomings do not diminish the map’s historical value. This document provides a wealth of information about pre-Revolutionary Cheshire County.